I work at the School of Law, University of Reading

On 28th May 2015, Martti Koskenniemi was given a honorary doctorate (LL.D. distinction) by McGill University, Montreal, Canada. Here, after receiving his degree, he offers some reflective guidance to the graduating class. Click for more info about his award. (His speech begins at 4 minutes 35 seconds)

His reflections reminded me of some things another international lawyer observed elsewhere. 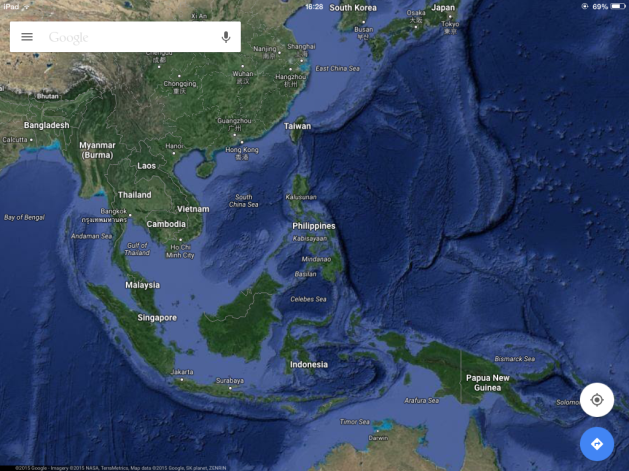 Maps in the 21st Century, such as this screen capture of Google maps, are readily available for anyone with an internet connection. It uses a variety of different data sets to bring together a functional map. It uses satellite data, shows seabed formations, gives traffic information whilst giving directions, has peer-sourced images and street-view. Simply astounding how all this information has been democratized.

Recently, I had the intention to engage with a call for papers entitled “International Law’s Objects: Emergence, Encounter and Erasure through Object and Image”. Unfortunately, in light of doctoral writing and other publication timelines, it became clear that it was unlikely that I could give the proposed contribution the attention it required. So, rather regretfully, I decided to give the call a miss.

END_OF_DOCUMENT_TOKEN_TO_BE_REPLACED 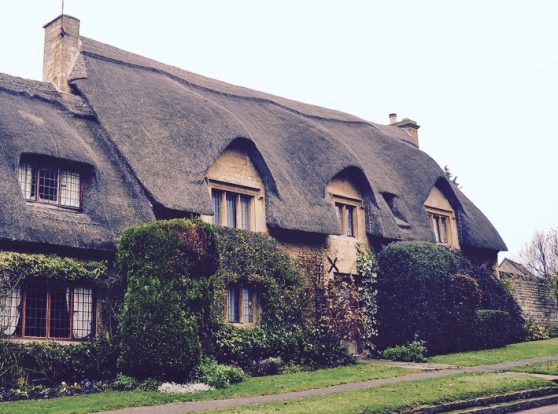 END_OF_DOCUMENT_TOKEN_TO_BE_REPLACED

An interesting piece from Michael Byers. Byers considers actual and hypothetical Russian state practice, which he argues might impact Canada’s territorial claims and cause further grief to the US/Canadian dispute over the Northwest passage.

I first came across this animation about 2 months ago. Created by Alphonse Swinehart, the animation depicts the journey of a photon of light. The 45 minute clip shows a photon beginning its journey from the surface of the Sun, till it passes Jupiter. It is pretty tough, to try to make sense of some of the distances involved. Needless to say, these encounters with astronomy raise a number of provocations regarding human senses of time and cosmology. (Note on numbers: The figures I have chosen are taken from other websites. The figures may be slightly inaccurate, and I am aware that I may not fully understand all of them. Let alone, be able to verify them independently. Though, I suspect it would not matter too much.)

END_OF_DOCUMENT_TOKEN_TO_BE_REPLACED

Poem by Garnet Frost, transcribed from the film Garnet’s Gold.

Of all the things I nearly done,
I nearly met the Aga Khan,
I nearly buzzed the Southern Piers
With Avis in his death machine
I nearly traversed across the desert
On a camel with a Bedouin
I nearly painted golden towers
I nearly practised the guitar for hours

Now that is lovely. There is also an interview with Garnet Frost and Ed Perkins (director) on eyeforfilm.co.uk.

I am a fan of Richard Linklater’s direction. That said, I’ve not seen all his films. Looking at the 20 or so films he has directed (as listed on IMDB), I have seen 10. There is a recurring motif in his films that I am fond of. One I call the ‘Wise Kid’ motif. In crude terms, a character desiring something more, and becoming aware of circumstance and the pitfalls of aspiring to be cool.

I do not mean cool in the obvious sense. Like John Travolta in Grease or Harry Winkler in Happy Days. This more obvious sense of cool means that the characters are represented by films and perceived by the audience in such a way, where the character’s traits transfers into the public imagination and becomes some one to emulate, to dress like, to talk like and so forth. I don’t think there have been characters from Linklater’s films where this has occurred. Rather, the more subtle cool that Linklater is able to create, is one that allows the viewer to identify and empathise with, an on-screen character’s aspiration to fit in. In many of his films, it does not appear to me that Linklater’s primary aim is to create or represent an obvious kind of ‘cool’. Rather, he tries to curate stories about trying to fit in. The ideal fit people search for, is altogether a more subtle kind of cool. The ‘wise kid’ motif provides a prism through which one could sympathise with the character’s aspirations to be cool, and yet, become aware of its problems.

END_OF_DOCUMENT_TOKEN_TO_BE_REPLACED 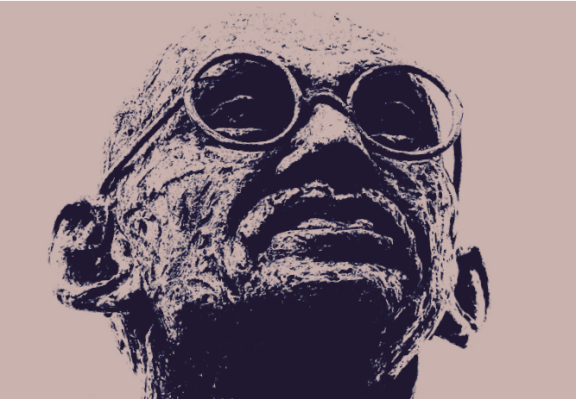 I’ve recently been thinking about the manner in which people and institutions resort to violence. Of particular interest, is the view held by some people who argue that resorting to violence is beneficial or necessary. ‘Beneficial’ and ‘necessary’ violence is difficult to define and categorise, rather provocative, and, often sensationalized. To my mind, Gandhi’s writings on non-violence offers some degree of insight.

Gandhi’s thoughts on non-violence is deeply rhetorical. However, categorising his writings as rhetorical is not sufficient reason to abandon referring to them. It is helpful, sometimes, to admit that we can get all too strategic in our thinking. Placing importance on special kinds of rhetoric (i.e non-violence amongst human beings), could be a means by which one could create alternative self-understanding. Self-understanding that could value and appraise social relations beyond strategic paradigms. (Not to say the strategic paradigms are not important!)

END_OF_DOCUMENT_TOKEN_TO_BE_REPLACED

Have you heard of “The Humanitarian Negotiations Information Portal”?

The portal was established in 2014, providing resources on armed groups, humanitarian engagement, and international humanitarian law.

Came across a story about a Toronto artist named Rupi Kaur.

I had not come across Rupi from friends who were sharing her spoken word or her written word. (Here is an image search of Rupi’s written word. Often, a drawing accompanies the text. Delightful no?)

Instead, I came across Rupi, because a particular social media platform decided that an image of menstruation had broken community guidelines.

Here are some links, showing how the media reported the issue. The titles and where it was reported suggest that menstruation is still a taboo issue in 2015. (like WT…)