One of the fabulous things about online video providers (eg. youtube) is the constant expansion of their content. There are downsides to the wealth of content. Perhaps, the biggest downside is that I miss the feelings that arise, like a sense of specificity, as I make time and resource consuming journeys to listen to speakers. I think it has something to do with how human beings recollect faces and spatial interactions as opposed to recollecting text and meaning. A grand distinction, I know.

How do we recall the circumstances surrounding going to listen to someone? I have in mind my own trip to see Derrida years ago, but one could think of any visit. The recollection involves the conversations and reasons that led to me finding out about the event, making and unmaking collective decisions to attend the event, the stories concerning the barriers to travel that were overcome or not, and, even the conversation at the door where it was explained to me that coffee was not allowed into the auditorium. In contrast, thinking about all my readings of Derrida, my recollections are vivid around the text itself. I recall specific sentences and arguments and rarely do I recall if I’ve read them from a physical book, from a screen, in an armchair or even from a library photocopy.

This contrast is not wholly black/white. I vividly recall reading Louis Althusser’s “Ideology and Ideological State Apparatuses” from a photocopy from the Baillieu Library at the University of Melbourne a decade and a half ago. I even recall how the photocopied text was slanted by error against the page and that it carried the smell of stale tobacco smoke. But this is an exception. Or is it? I think it is more of an exception in a rather more digital age. It is not really an exception because my recollection of the smell and physicality of the paper is in a different manner than how I recollect the text. The exception, so to speak, is that my encounter with the physical text was more like my encounters with people. Regardless, who is to say, if my memory of these things were altered over time? Would it stand the test of time and could it be independently verified?

I digress. The point is that I think there are downsides. It is now so easy in a highly virtual world to do time and space travel. Years after the deaths of Raymond Williams (1988, two years after the interview) and of Jacques Derrida (2004, almost two decades after the interview) I am able to find this video uploaded on youtube in 2013. Since the interview in 1986 we’ve seen the fall of the Berlin Wall and the terrorist attacks on the World Trade Center. It is rather beneficial to have access to all this content. Yet, I am rather worried about a lack of awareness of how much the manner in which we interpret ideas have changed. On the one hand, the flood of information helps us see faces, spaces and text that we may never had the chance to see. On the other, we are lost in the deluge and begin to lose clarity of our own interpretations in a world where consuming instead of interpreting information is key. These themes are not new of course.

I’ve titled this post as concerning a recorded discussion between Williams and Derrida in 1986. I have alluded to it but spoken about other things. In a way, I am ‘off topic’. Yet, if the reader has read this far, I hope the reader is offered an explanation as to why I have decided to transcribe a specific quote from the embedded video. And to share it in a post.

The quote I mention comes from the first video and here it is:

“This whole problem of the movement of ideas, which we now say is very simple across frontiers, books get translated or we learn to read others’ languages. It still seems to me that although it occurs favourably in many instances, this movement, a sort of import and export of ideas and writing always takes place within certain social situations of which we have to become conscious.”

The interview seems to come from a totally different world. It is rather strange to say that 1986 is a totally different world. The video begins with both Williams and Derrida reflecting on the fact that the conference was recorded for television. Can you imagine taking seriously a question on being recorded these days? In a world where everyone has incredibly advanced recording devices in their pockets?

Let’s not look merely at the past and present. Perhaps a small speculative vision of a future world. One where universities and lecturers would not need to record their lectures. There would be automatic cloud programs that are able download all the data from the visual/audio/mental experiences of the audience and strung together to create a representation more intense and vivid than the original. Might be great for film production and political propaganda. Just not sure if such a perfect and intense reproduction would be good for learning and understanding. Surely, such an intense representation of reality needs the audience to be passive? Perhaps, how audiences that prefer fight sequences instead of lengthy dialogue, could be described as passive. I do not mean that there is no emotional intensity to their experience as the audience. Rather, my point is that the emotional intensity is so great that one can only consume the content passively. What is known is known. One need not be curious about what is unknown and any presumption hidden within that which is represented in front of them. The link between the ‘author’ and the ‘reader’ collapses.  All the author’s or the director’s stylizations are considered realistic. More real than real. A world without ideas, just mere reality. 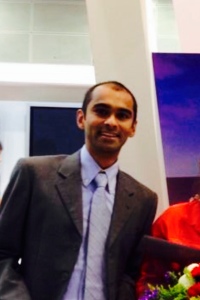